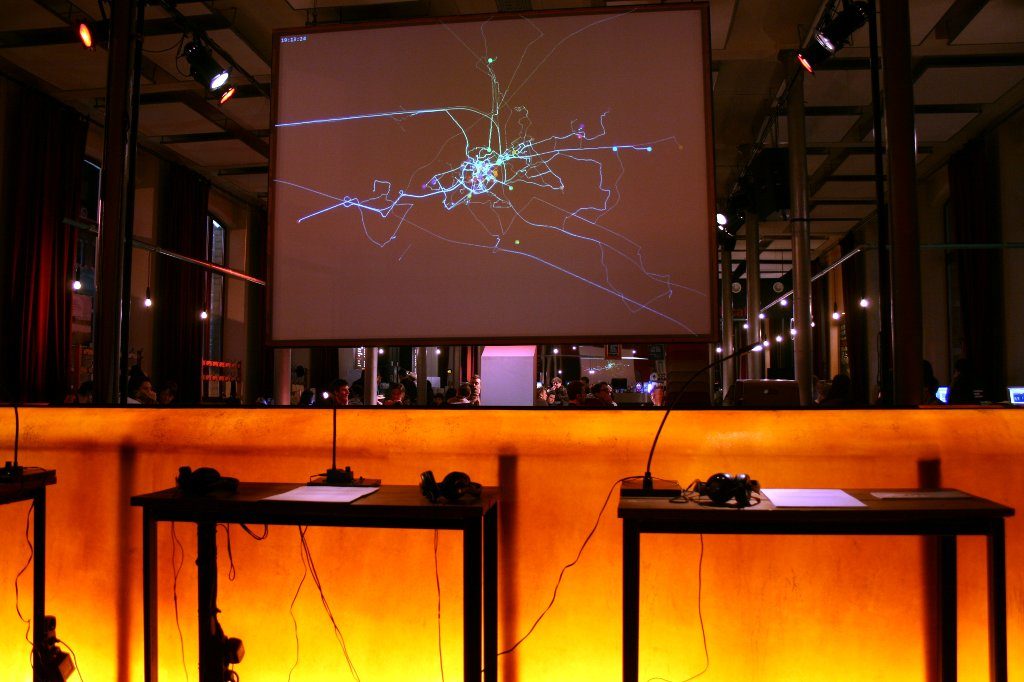 For the Artefact Festival in Stuk, Leuven (BE), we developed a new collaborative GPS piece called Crossing Paths, building on what we did in Birmingham for A Day in the Life.

Crossing Paths is both an installation of the collaborative map (thanks again to Peter Vasil for the software development) with audio and a lecture performance we gave on 17 February at Stuk.

From January 2012 for three weeks, the people of Leuven came into Stuk arts centre and borrowed high-precision GPSs specially made for us by Septentrio. We then analysed the results and brought people together who’s paths crossed but didn’t know each other.

After interviewing some of the participants and recording their reactions to seeing their daily journeys as a line, we edited the audio to accompany the animation, which loops after six minutes.

We would like to thank the people who walked with the GPSs as well as Danny, Lise, Candace, Maarten, Ulli, Kris and Sara who came to narrate their traces for us. Crossing Paths would not have been possible without the support of all of the Stuk staff and volunteers but special mention must go to Martje Ceulemans, Ilse van Essche, Steven Vandervelden, Richard Kerkhofs, Pieter-Paul Mortier and Joachim Backers. The Kulturama Festival in Leuven made it possible to work with Septentrio who built special GPS receivers for us and guided us through post-processing the data to obtain greater accuracy. Thanks to Jan Leyssens, Jan Van Hees and Peter Grognard for their work building the units and supporting them. We look forward to being able to continue working with this very interesting equipment in the future.