How Do You Keep Talking Even When You’ve Said Everything You Thought Possible? 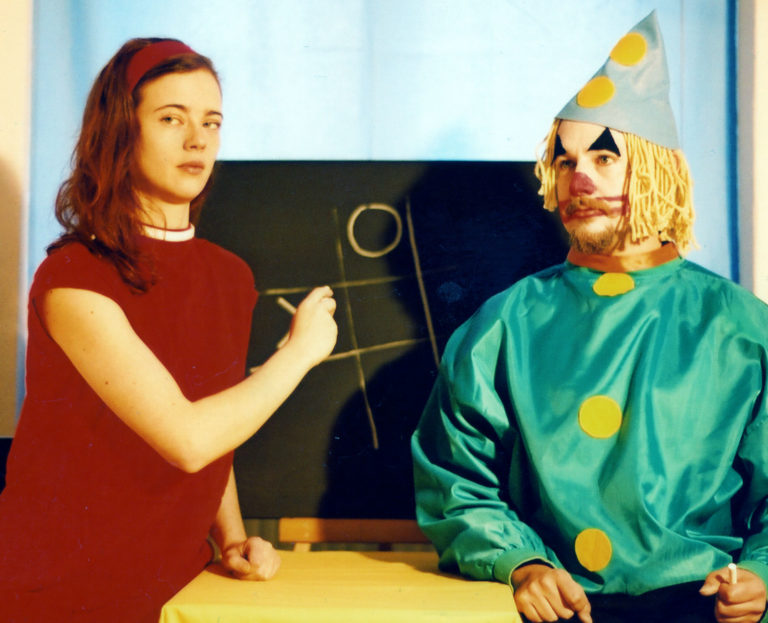 Having made Test Build, we were inspired by the performative possibilities of the clown and little girl from Test Card F being trapped together for 70,000 hours while the British public looked on.

Thinking about situations in which people are voluntarily and involuntarily in one another’s company, plan b wonders what they might say. After all, how does one keep talking when you have said everything you thought possible?

We as plan b, locked into conversation as the iconic girl and clown that we have all stared at for far too long but who have now become strangely absent from our screens.

The premiere took place at the National Review of Live Art, Glasgow in February 2003. It has subsequently been performed at the Podewil, Berlin as part of Reich & Berühmt in June 2003. The last performance was on 16 October 2004 at Experimentica, Chapter Arts Centre, Cardiff UK.

As part of our initial research, we asked people to contribute their own thoughts about what the clown and girl might say or do when no-one is looking. We were so impressed by the responses that we have decided to make this an online project in it’s own right.

The project uses the test card (left) as a starting point.
What would you say to a partner or friend after everything else has been said?
What do you want to say to those close to you but have never had the time to get to?
Who could you imagine spending 70,000 hours with?