On this page an archive of GPS maps from different years and different places is kept. 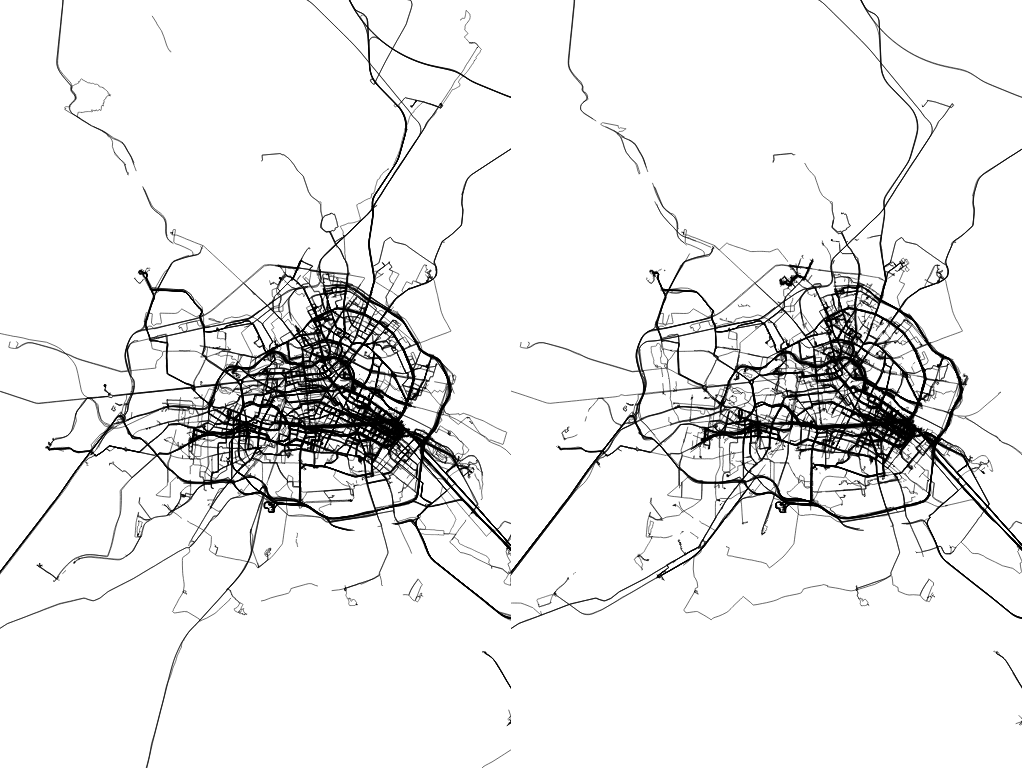 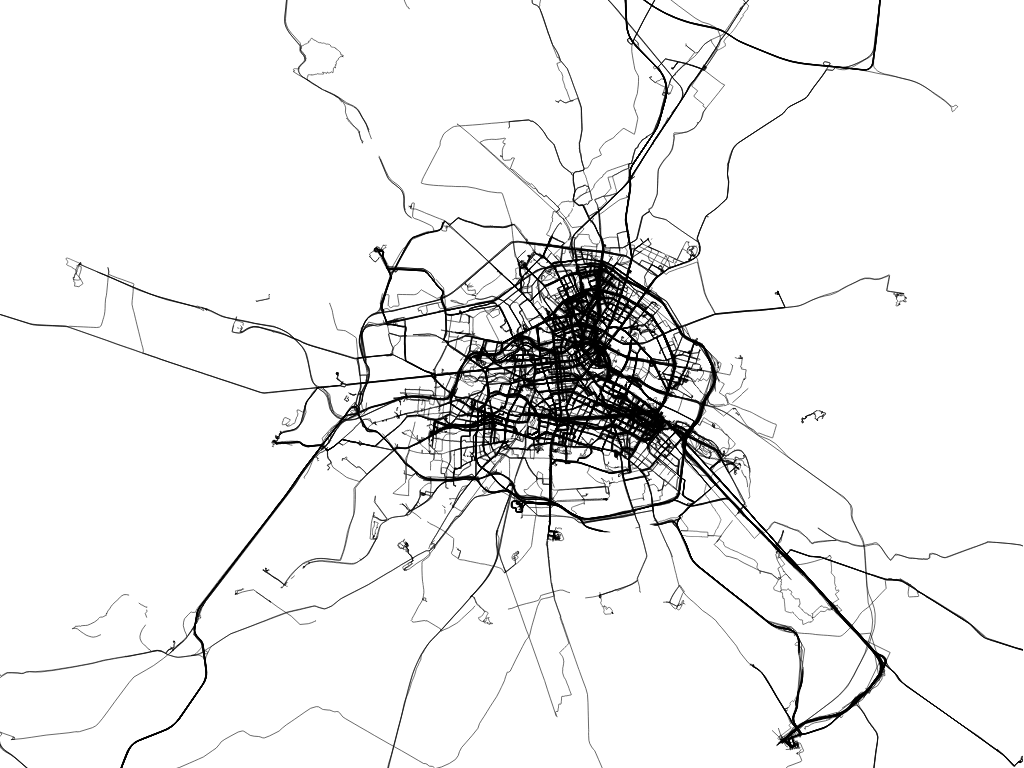 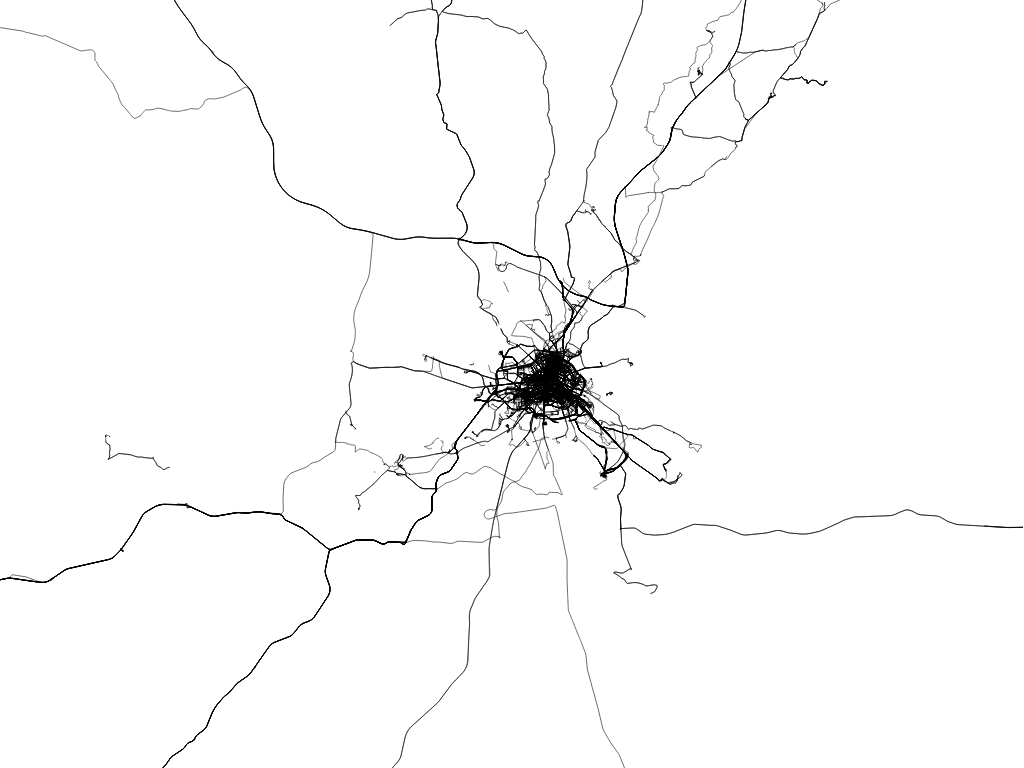 Outside Berlin (Continental and World Views) 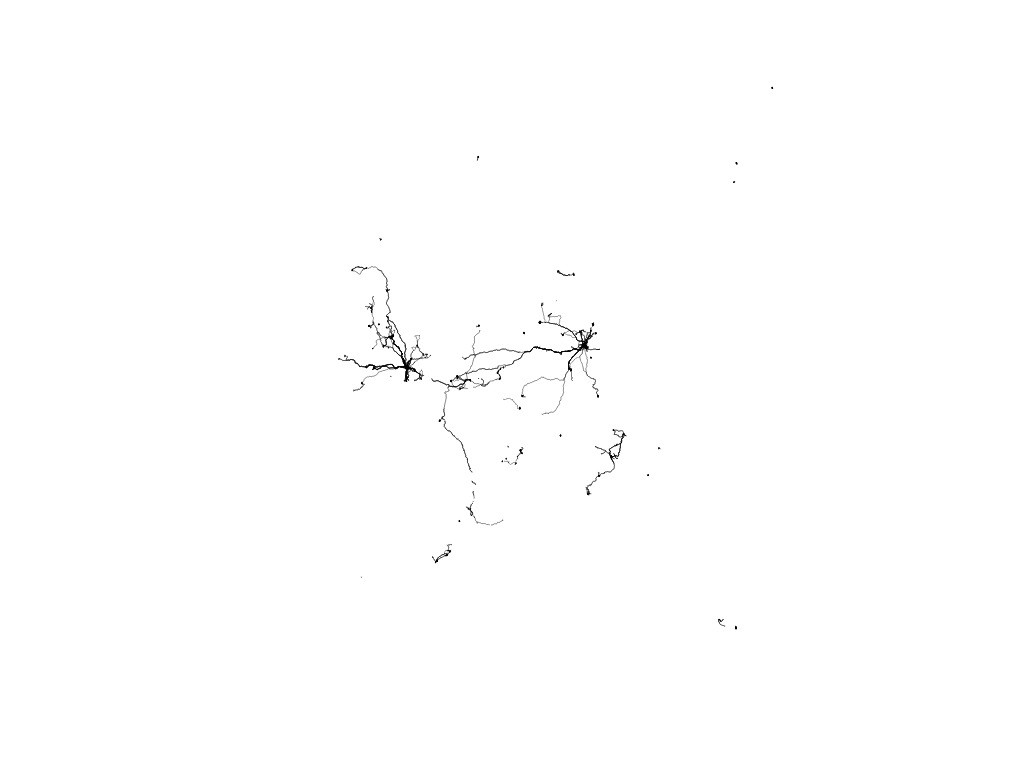 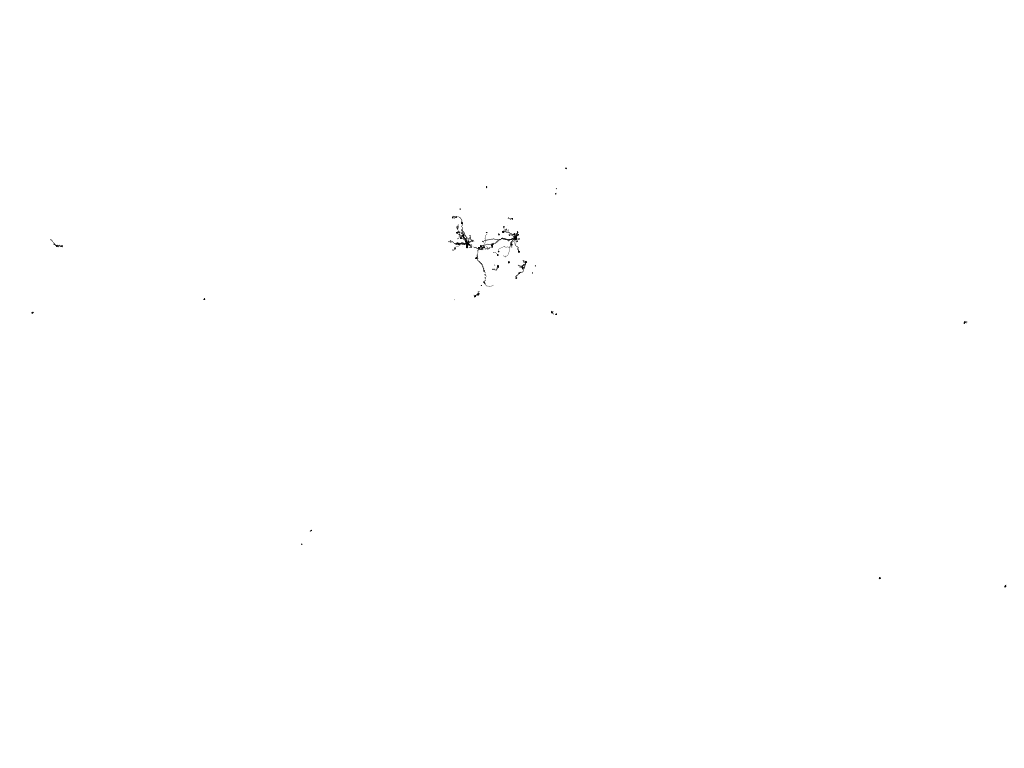 The following drawings of cities were chosen from the list of places Belasco and New have the most amount of recordings in since beginning their practice. This is the same list that is engraved into granite in the work Everywhere We’ve Been 2007-2011 (2012). This is not necessarily the same thing as the places they have visited most often as it reflects the amount of time recorded outside and so warm places place higher than cooler places. 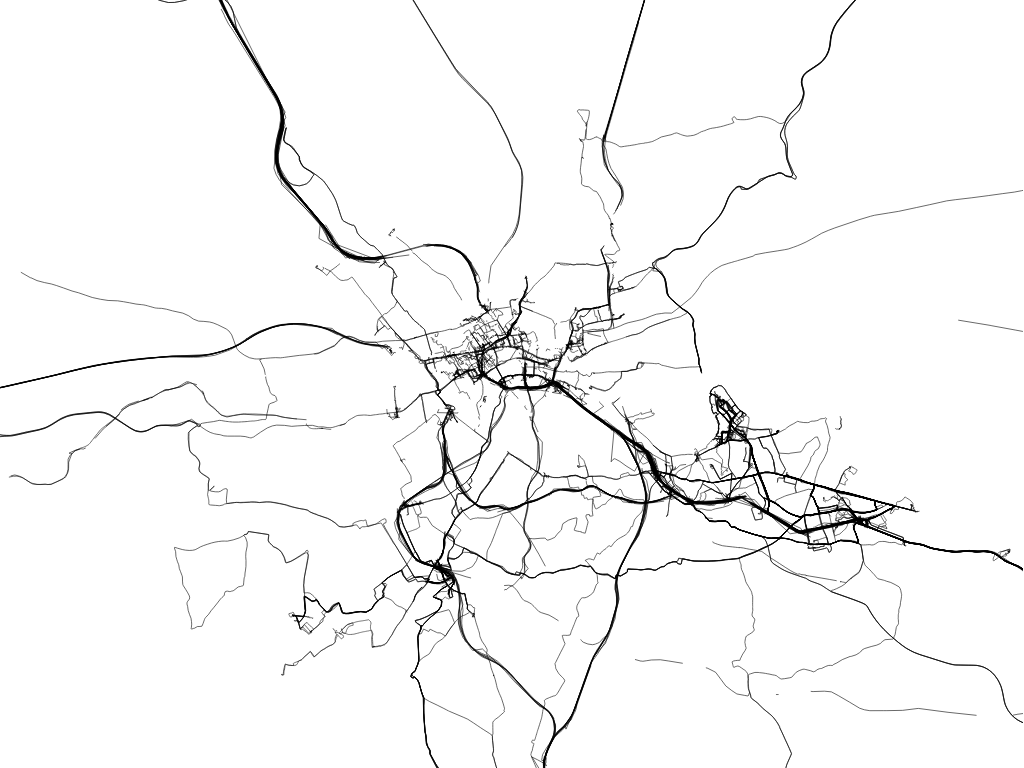 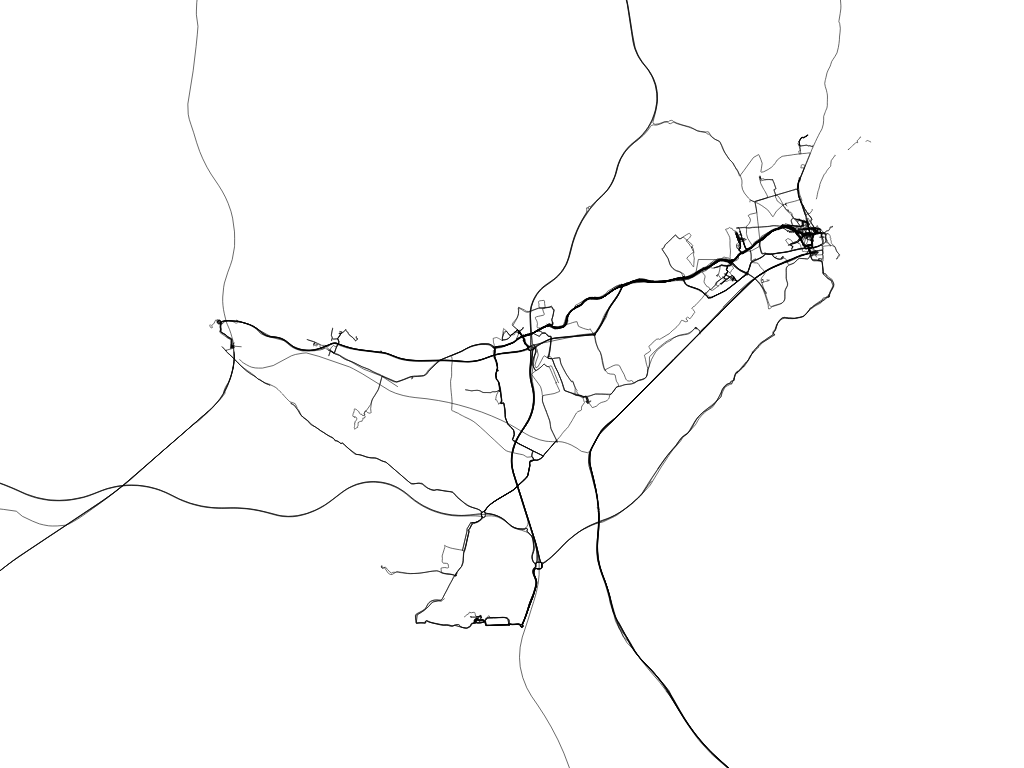 (All My Journeys in Derby and Nottingham 2003 – 2012 Daniel Belasco Rogers)
Shown at the same scale as the London map above. The triangle between Derby, East Midlands Airport and Nottingham, the result of Daniel’s ongoing connection to the city after studying at Trent Polytechnic (Theatre Design) in the 1980s. 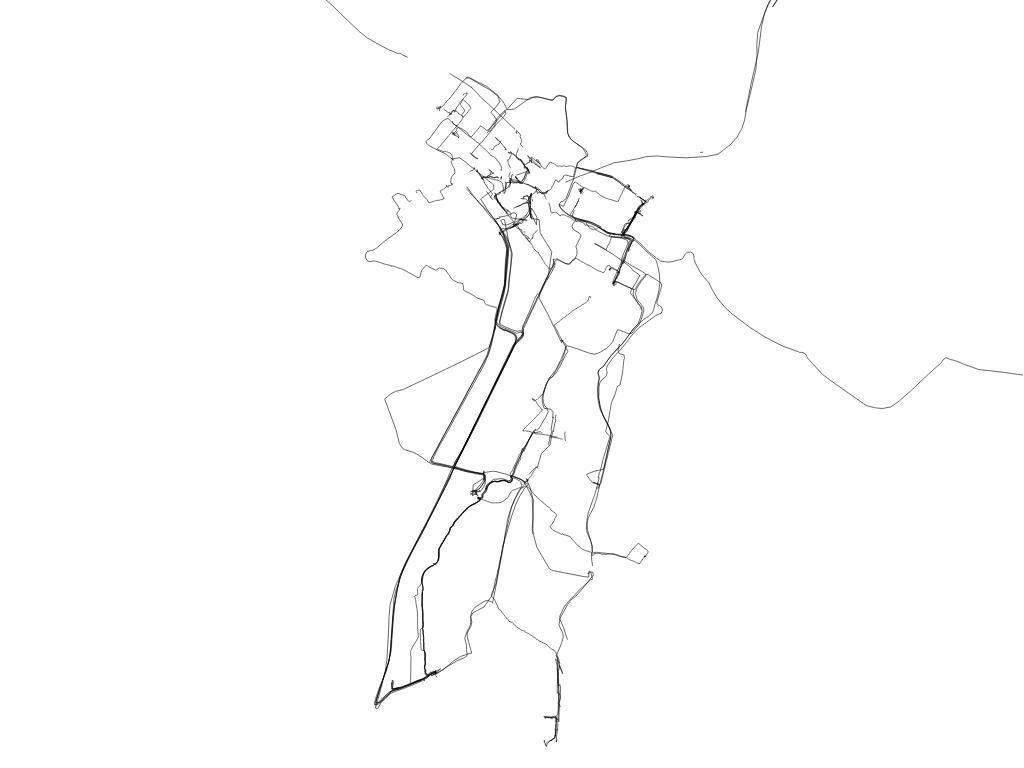 (All My Journeys in Birmingham 2009 – 2012 Daniel Belasco Rogers) See the plan b project A Day in the Life – The Walkers of Birmingham for a more complete map made collaboratively by the inhabitants. 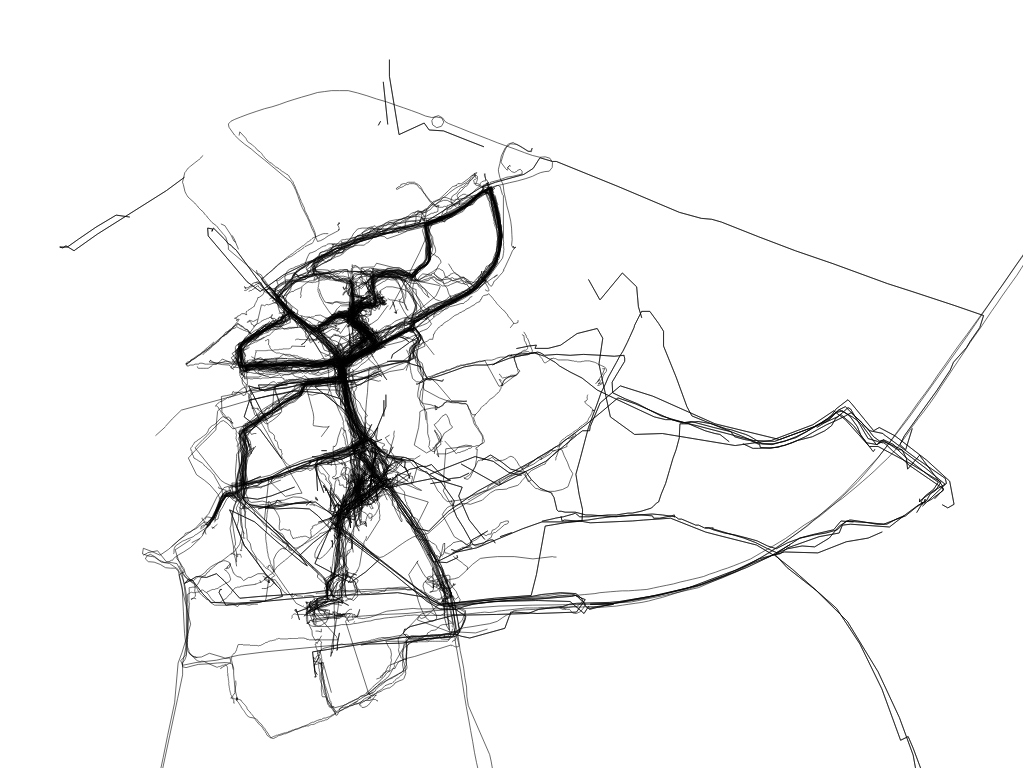 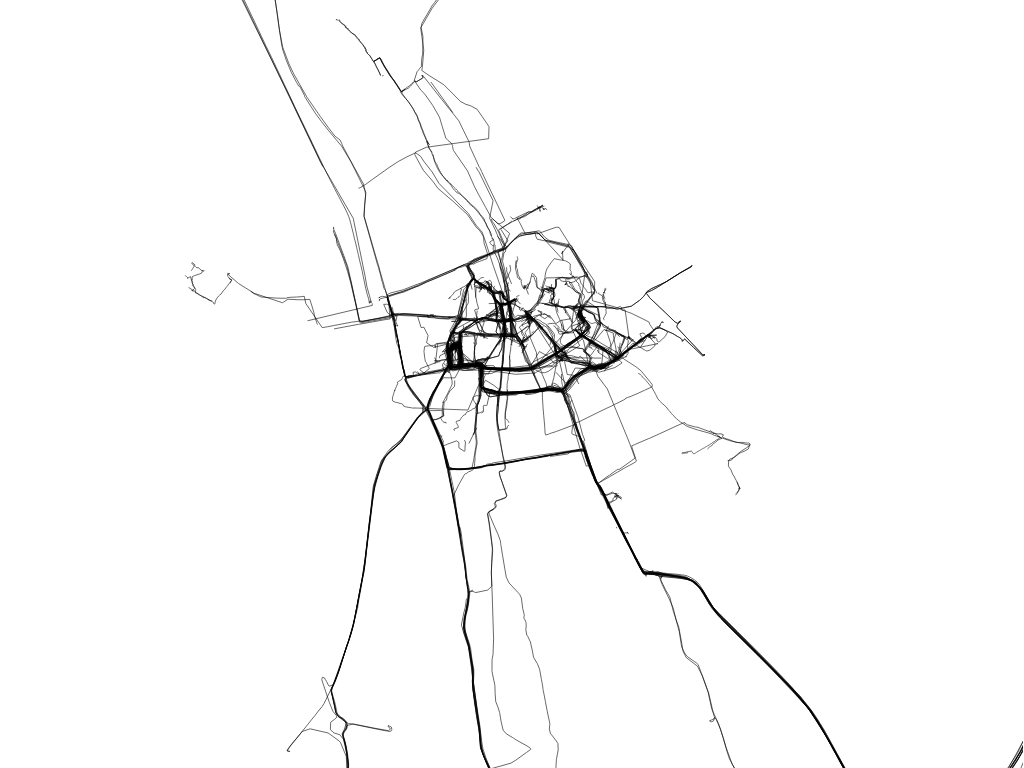 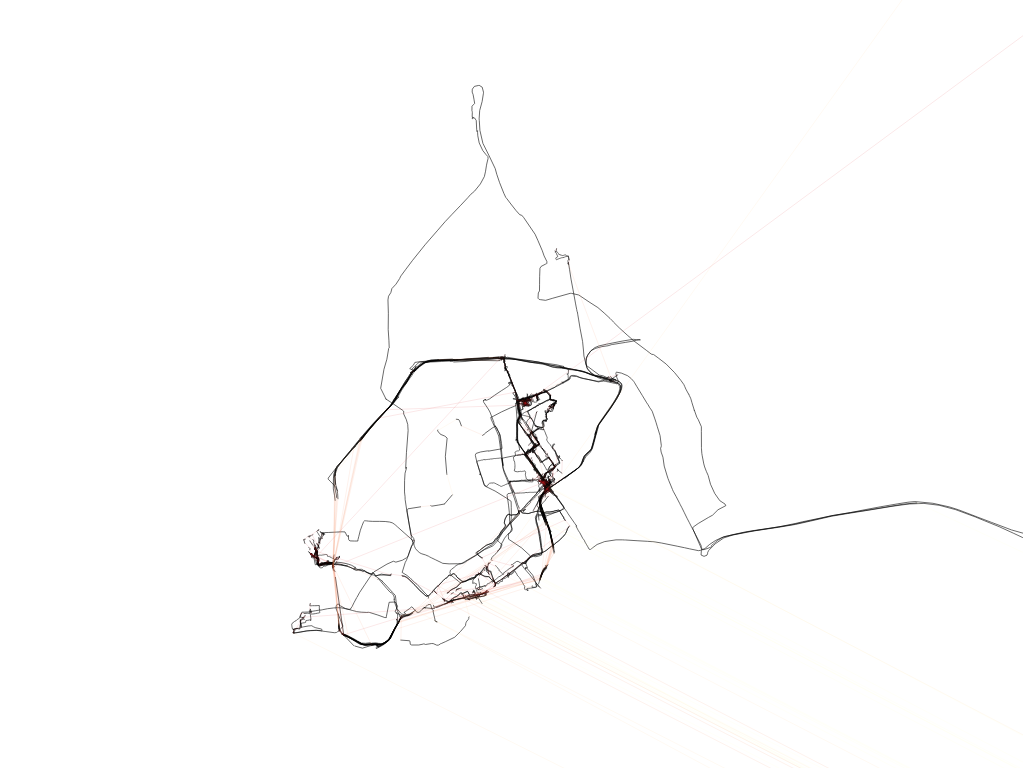 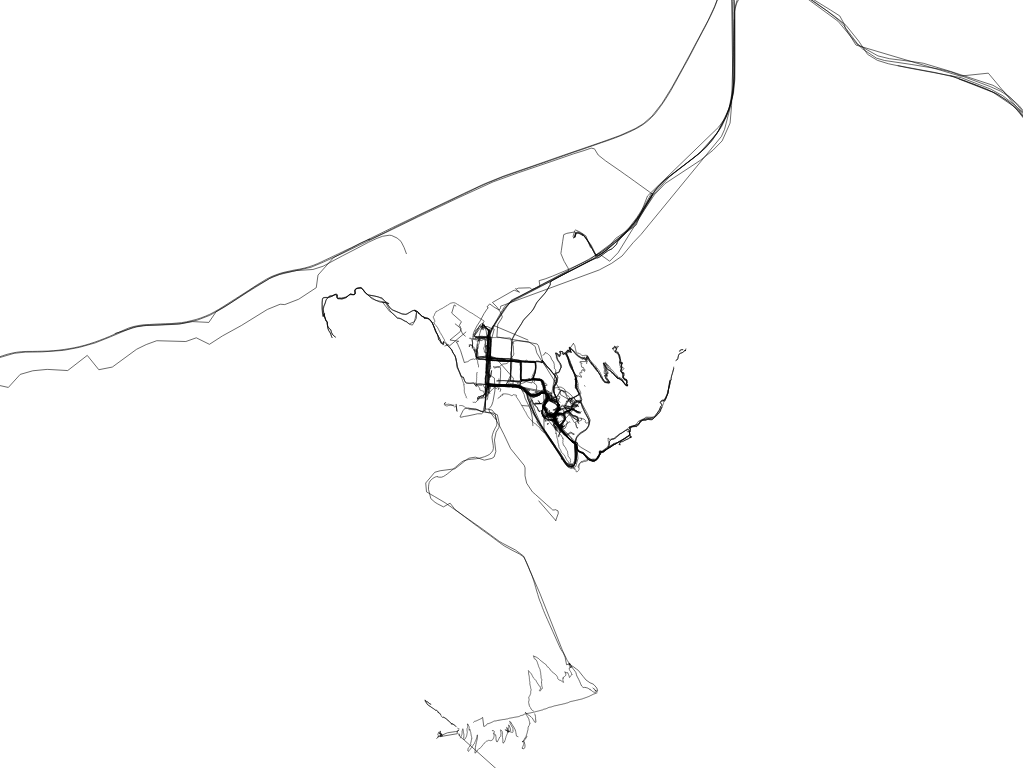 All My Journeys in Banff 2008, 2009 Daniel Belasco Rogers. Daniel was invited as a peer advisor to the Almost Perfect residency at the Banff New Media Institute in 2008 and 2009. The zigzag lines are evidence of the mountainous terrain of the area. 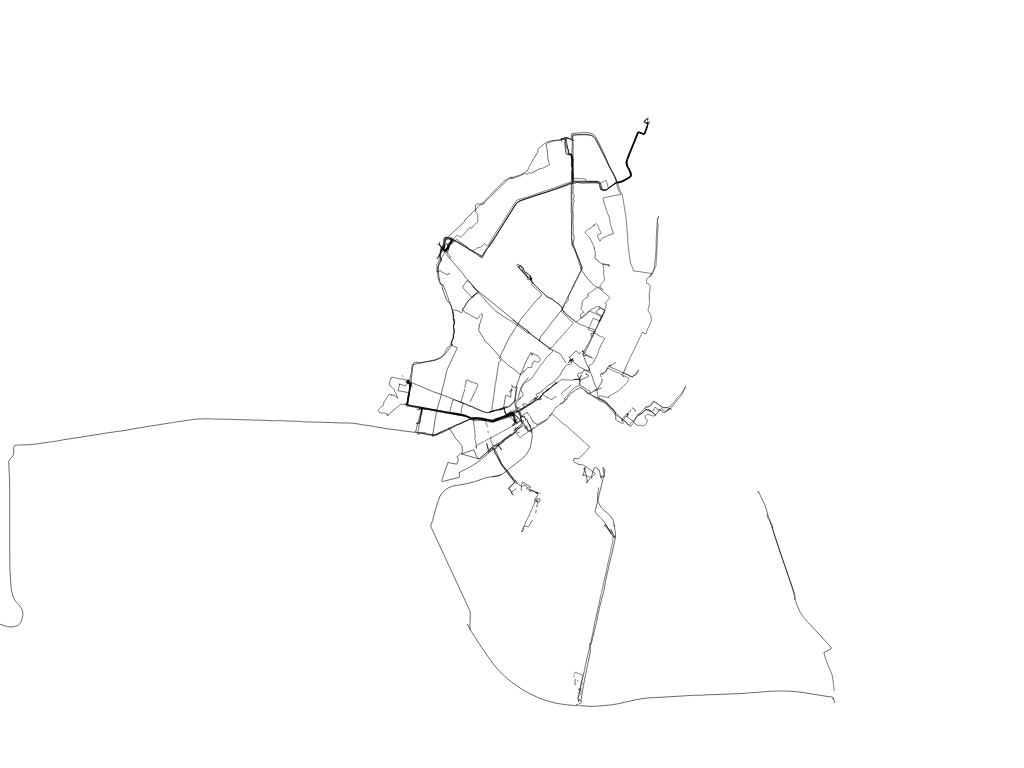 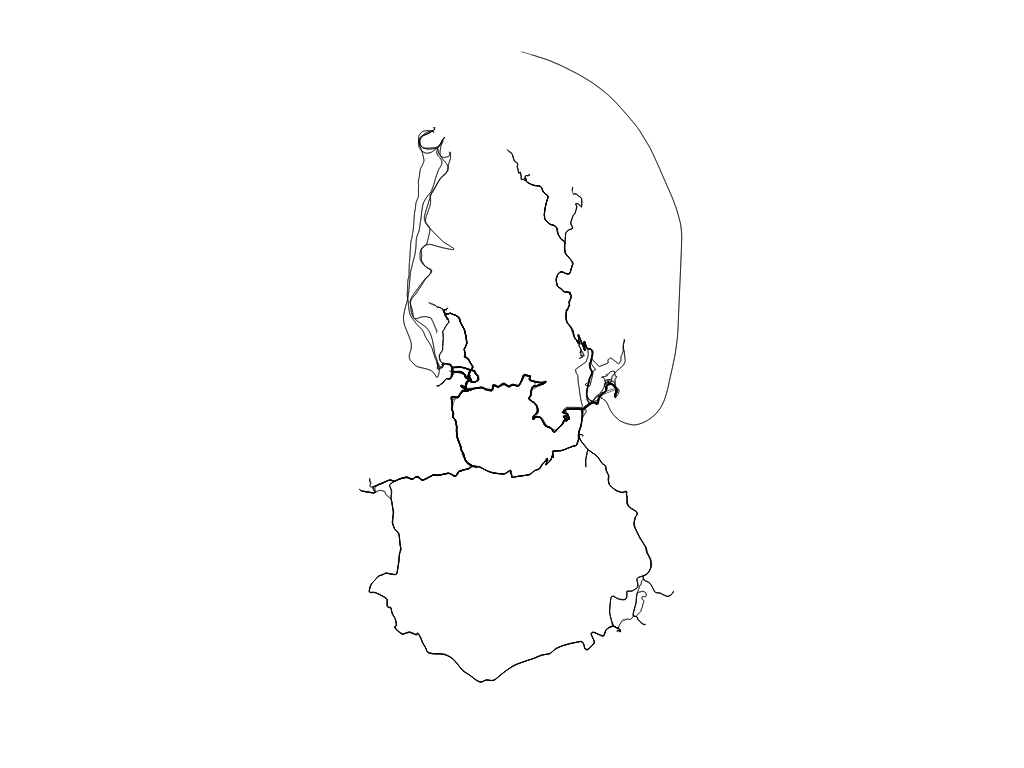 All My Journeys in Syros 2009 Daniel Belasco Rogers. A drawing made over the period of a month in 2009 on the Greek island. 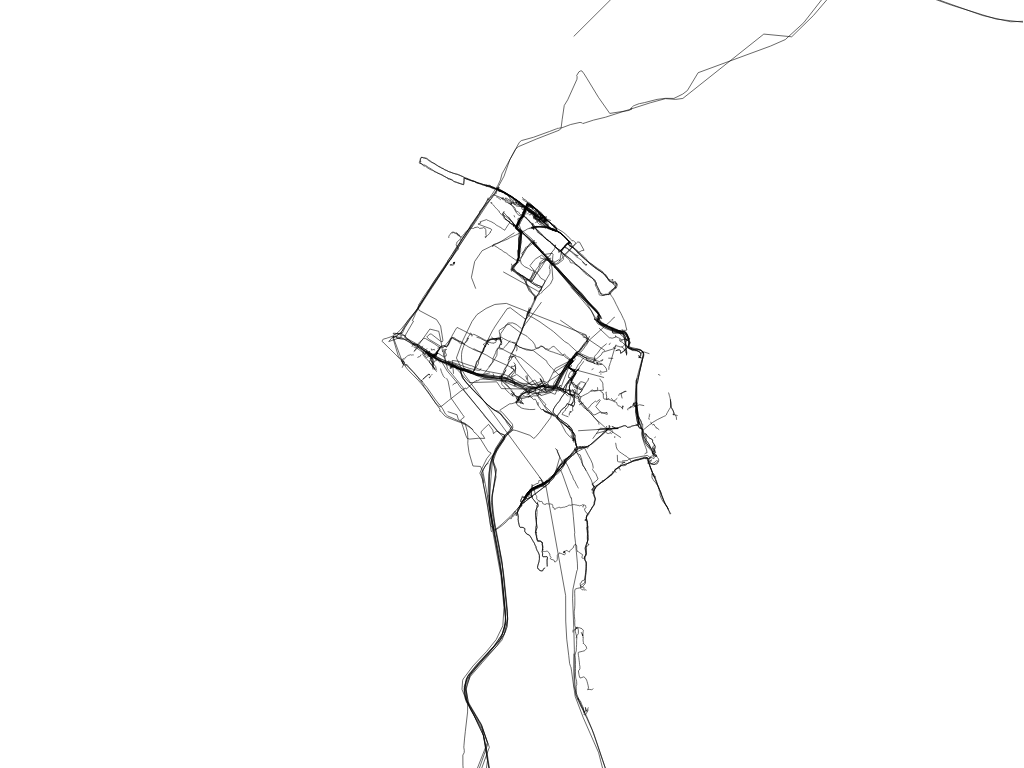 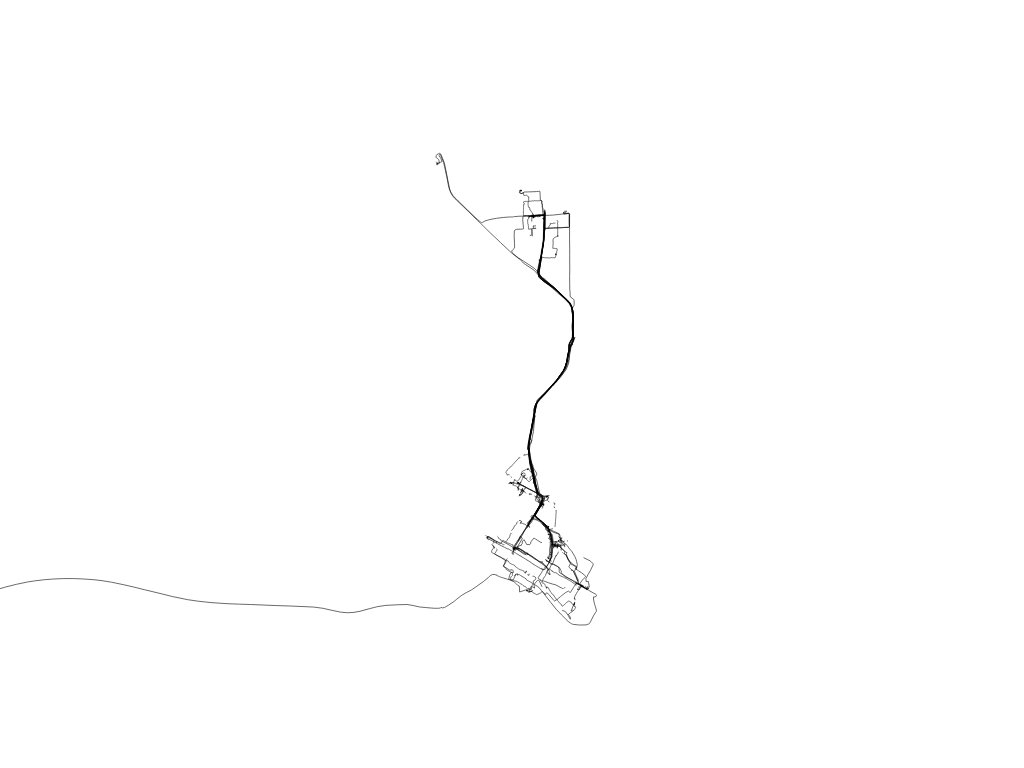 All My Journeys in Mannheim 2011 Daniel Belasco Rogers. A result of being invited to make the project Someone to Watch over You for X-Wohnungen as part of the Schillertage 2011. 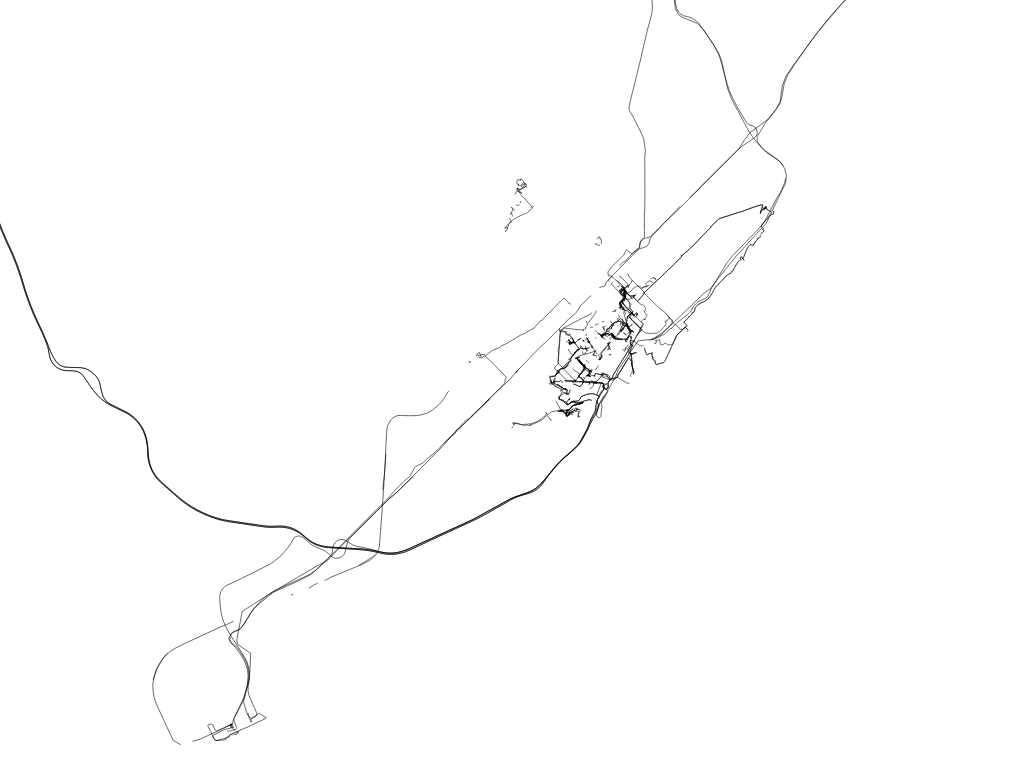 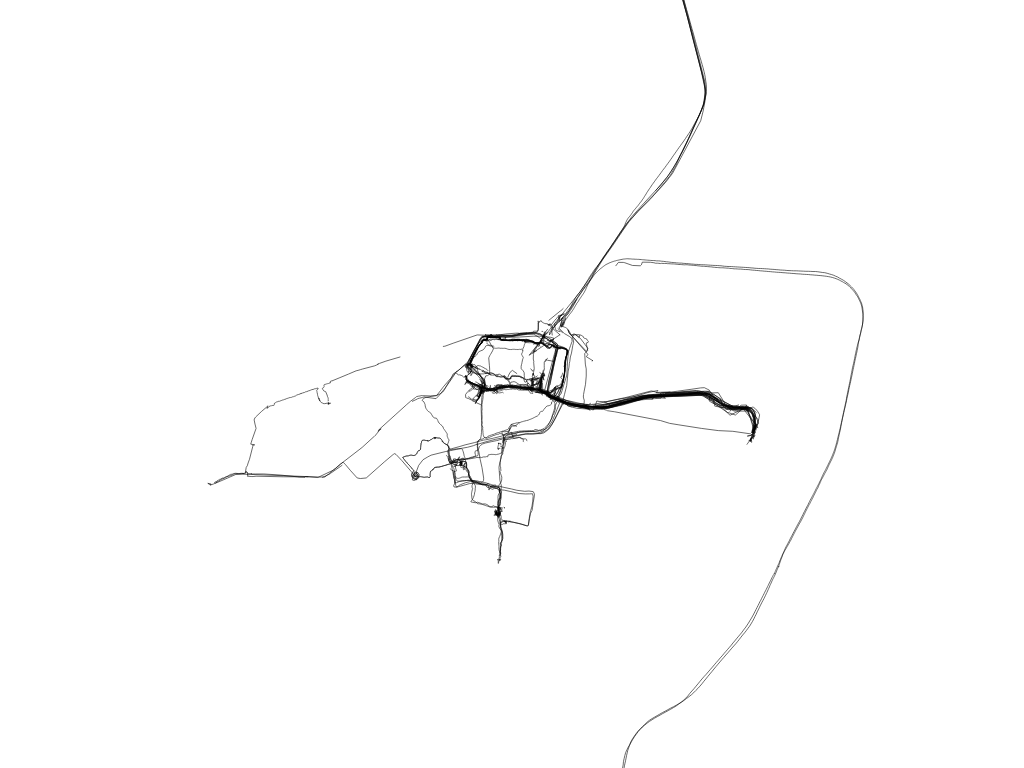