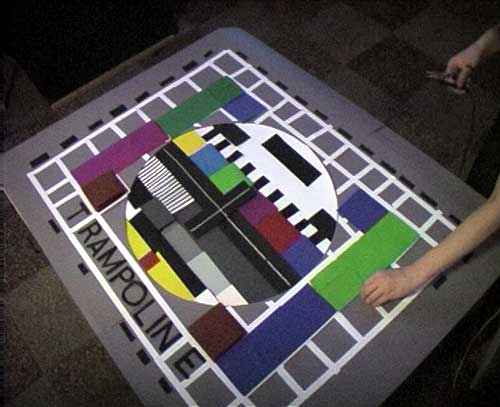 Taking inspiration from the do-it-yourself art programmes from their childhood, we decided to recreate the images that have had more air-time than any other programme: Test Cards.

Considered by some as the most interesting programmes on television, Test Cards are broadcast to enable television engineers to check that their equipment is working properly. In times when programmes were scarce, Test Cards filled the empty hours of the day and night, often accompanied by music as were our recreations. 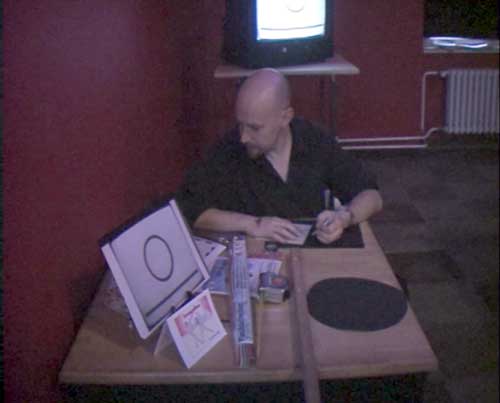 The first version of Test Build was part of Trampoline, commissioned by Podewil for ‘Reich & Berühmt’. We made 6 test cards in all, from the very first card, broadcast in the 1930s, with a simple circle and line, to the modern international test card which, a card familiar to German audiences and well-remembered by British people. This card features a clown and a girl in a red dress at its center. The cards were made from scratch using coloured paper and simple stationery.

During the six-hour process, the audience could view the work from several positions: the landings above, from a suspended camera linked to a television, and finally on the wall of the main event space, where we projected the completed card. 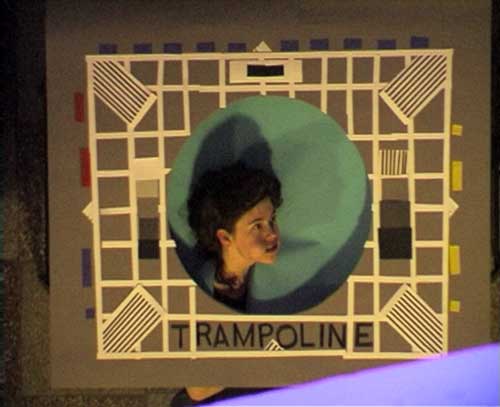